Planning to party on Mykonos? Looking for a luxurious cruise around the Aegean? Or taking in the ancient sites in this cradle of democracy? Scroll on down for our handy guide to one of Europe's most popular holiday destinations. Zoom's Greece travel insurance has you covered for any unexpected holiday hurdles. Cover includes medical expenses should you fall sick or become injured, as well as cover for trip cancellation, lost luggage, family emergencies and more! What are you waiting for? Zoom to it!

Setbacks on your sojourn are never much fun. Cover your Grecian travel disruptions in a flash with Zoom travel cover. We keep things zippy! 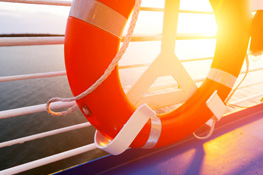 Crusing around the Greek Islands is easy with our cruise pack add-on. Whether medical treatment onboard, or an emergency helicopter evac, Zoom has you covered.

Driving from Dodona to Delphi? Our rental vehicle excess add-on is a must for roadtripping travellers.

Often called the Cradle of Western Civilisation, Greece is both a treasure chest of ancient wonders and home to a vibrant modern culture. With idyllic mountain treks, gorgeous seaside escapes and delightful Mediterranean delicacies, it is easy to see why over 16 million travellers and holidaymakers visit Greece every year.

Go on, zoom to Greece and experience it for yourself!

No matter which kind of Grecian experience you're planning, Zoom can cover your trip with a range of plans.  You can minimise your costs with Medical Only cover, or choose to buy Comprehensive Travel Insurance for extra protection to cover things like travel delays and cancellation. Compare Zoom's Travel Insurance plans online today.

Aussies and Kiwis visiting Greece score up to 90 days visa free before you either need to apply for one, or leave the Schengen Area. If you leave the area for 180 days, you can come back for another 90 visa-free days. Too easy!

While you might not need a visa, you do need to have:

- A passport with at least six months validity on entry
- Proof of sufficient funds in the form of a bank statement or cash
- Return airline tickets/proof of onward travel
- All documents showing proof of purpose of trip
- All documents and visas required for the next destination, if applicable

These rules can change quickly. Contact your nearest Greek Embassy or Consulate before you travel for the most up to date information.

ON ARRIVAL & GETTING AROUND

The Metro is a great way to get around Athens, only costing €8 from the airport to the Acropolis.

If you're taking cabs, make sure that the driver starts the meter in front of you. The fares are subject to different rates and tolls, but in December 2017, the rate to and from the airport in Athens is fixed at €35 (or €50 between midnight and 5am), and the minimum fare in Athens is €3.10. Trips within Athens shouldn't be much more than €15. Always remember to tip for good service!

Public transport outside the major cities doesn't really work around tourists, so hiring a car is a great way to go off the beaten track - and we mean beaten track! Greece has one of the highest road accident rates in Europe due to its trecherous mountain roads and 'assertive' road users. So be safe, and consider our rental vehicle excess add-on in case something happens.

Ferries from Athens to the Islands can eat into your budget (~€50 to Mykonos) so plan to spend more than a day there to make it worth you while, or take the island-to-island ferry routes. Greece has 15 international airports - most on the popular islands - so time-poor holidaymakers can fly straight in!

Peak season in Greece is late June to the end of August, so if you want to avoid the crowds, heat and peak season inflation, consider visting during spring and autumn. Remember to book well ahead during Easter though - it's a culturally-rich time, but accomodation can be hard to find while the locals are on holidays too!

If you like your holiday snaps sans tourists, winter is a great time to see major Athenian hotspots like the Acropolis, but you're going to struggle to get to the islands, as many of the ferry routes are closed.

No stop to Athens is complete without visiting the major archeological sites like the Acropolis, and the Roman era ampitheatre, Odeon of Herodes Atticus.

If you're going island-hopping and love all things ancient, Crete is a not-to-be-missed treat! Featuring the Heraklion Archaeological Museum and the Palace of Knossos. Neolithic artifacts dating back nine millenia, as well as the sprawling palace complex of the Ancient Minoans and the mythical minotaur are a treat for history buffs.

Intermediate and advanced hikers and climbers should not miss Mount Olympus, the highest mountain in Greece and mythical home to the Gods. Head to the town of Litochoro at the foot of the mountain to start your journey. With a peak height of almost 3000m above sea level, and cavernous valleys between the peaks, you're looking at at least a two day walk/scramble, so take advantage of the refuges you can sleep at along the way.

Don't spend hours in the queue for a €20 ticket to the Acropolis - instead head first to one of the other archeological sites included in the €30 five-day multi-site ticket - Lykeion, Hadrian's Library, the Olympieion, Kerameikos, the Roman Agora or the Ancient Agora. When it comes time to see the Acropolis, you can walk straight in!

The Greek economy suffered immensely during the Global Financial Crisis, and withdrawal limits were placed on locals. While you shouldn't have any issues using your credit card in the more touristy spots, cash remains king. Don't bother with overpriced currency exchanges; instead take euros out of the ATM using your regular debit card - there is usually only a bank fee, rather than a commission, and the exchange rates tend to be better. Just don't forget to let your bank know you're travelling before you leave!

Are you planning to zoom somewhere else on your holidays? Whether you're roaming around Rome or packing for Portugal, we've got plenty of helpful advice on other popular travel destinations to check out. What are you waiting for? Zoom to it!

Got some curly questions in regards to your Greece travel insurance cover?
Be in the the know before you go with answers to the most common queries below.