Single Trip|Annual Multi-Trip
The dates above are in AEDT timezone
Your kids go free
This means your dependant children or grandchildren under the age of 19 at the date of policy issue who are travelling with you. Please enter all travellers ages including dependants.

When you think of Spain, what do you think of first - siestas, fiestas or flamenco?! Scroll on down for our handy guide to one of the world's most popular travel destinations. Zoom's Spain travel insurance has you covered for any unexpected holiday hurdles. Cover includes medical expenses should you fall sick or become injured, as well as cover for trip cancellation, lost luggage, family emergencies and more! What are you waiting for? Zoom to it! 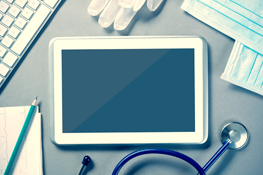 Setbacks on your sojourn are never much fun. Cover your Spanish travel disruptions in a flash with Zoom travel cover. We keep things zippy!

Your stuff is precious and we get that. Take off on your European adventure knowing your luggage is protected with Zoom. 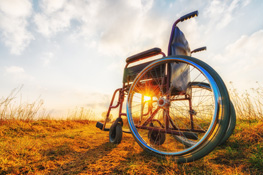 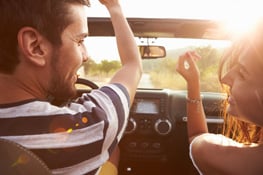 Driving from Sierra Nevada to Málaga? Our rental vehicle excess add-on is a must for roadtripping travellers.

One of Europe's cultural crown jewels, Spain is home to both breathtaking millenia-spanning architecture and some of modern art's most influencial names. One of the first truly global empires, it has conquered and been conquered, and left an undeniable mark on the tapestry of the world.

Go on, zoom to Spain and find out for yourself!

No matter which kind of German experience you're planning, Zoom can cover your trip with a range of plans.  You can minimise your costs with Medical Only cover, or choose to buy Comprehensive Travel Insurance for extra protection to cover things like travel delays and cancellation. Compare Zoom's Travel Insurance plans online today.

Aussies and Kiwis visiting Spain score up to 90 days visa free before you either need to apply for one, or leave the Schengen Area. If you leave the area for 180 days, you can come back for another 90 visa-free days. Too easy!

While you might not need a visa, you do need to have:
- Hold a passport with at least six months validity on entry
- Hold proof of sufficient funds in the form of a bank statement or cash
- Hold return airline tickets/proof of onward travel
- Hold documents showing proof of purpose of trip
- Hold all documents and visas required for the next destination, if applicable

These rules can change quickly. Contact your nearest Spanish Embassy or Consulate before you travel for the most up to date information.

Madrid and Barcelona take in the majority of international travel, but Europe's competitive budget airline market has opened up regional airports. If going from Madrid's airport to the city, take the free shuttle to Terminal 4, then catch the light rail (metro ligero) to any of the city stops for around €5. If you're heading from Barcelona's airport to the city, the airport train runs twice every hour to the city and takes around 25 minutes.

There are a confusing assortment of services offered by Spain's rail operator, Renfe, but they will take you almost anywhere worth going to. Their website has an English language version, and you can buy tickets and print them out before you leave. Advanced bookings are required for long-distance and even some shorter regional trips, and if you book early enough, you can save up to 60%!

There are also hundreds of bus companies which operate in Spain, which are a great, low-cost way to see the countryside. Be aware that many bus tickets are only available for a specific time, and are not valid for a different trip - always check what type of ticket you are buying.

Ferries are a great way to get to Spain's famous holiday islands, Ibiza and Majorca, as well as Morocco and Algeria!

This really depends where is Spain you're going - the south's Mediterranean climate keeps it warm almost all year round, so it's great spot to head if you're going in shoulder or low season. Central Spain in contrast has notable extremes - overbearing heat in summer and icy winters - and you can even see snow-covered mountains on the border of Spain and France in December and January.

As a general rule, the coast has the biggest crowds during August, as this is when many Spaniards and Europeans go on holiday, while travellers in the shoulder seasons of April-May and September-October often find the weather more bareable and prices more affordable.

A tourist magnet full of art, arcitecture and athletes, Barcelona is home to one of the best football teams in the world, as well as one of Spain's most influential architects, Antoni Guadi. See the UNESCO-listed Basilica de la Sagrada Familia - the cathedral which Gaudi spent more than four decades working on, and remains uncompleted today - or the Park Guell, a surrealist garden and architectural park also designed by Gaudi. Art lovers should also check out the Picasso Museum.

Do you like throwing tomatoes at strangers? Then you'll love the La Tomatina festival in Buñol, near Valencia. Held since 1945 on the last Wednesday of August (and banned several times since then!),  around 20 000 people pile into this tiny town of around 9000 to throw over 120 tons of squashed tomatoes at each other.

Less built up than the Alps, the Pyrenees Mountains are perfect for skiers and hikers, but also history and architecture enthusiasts,with Roman ruins, Medieval monestaries and other first-rate culture hotspots.

While savvy travellers have known this little secret for decades, Seville is 'on the map' right now as the site of Game of Thrones' southern kingdom, Dorne. With its incredible examples of Gothic and Moorish architecture - noteably the Seville Cathedral and the Alcazar complex - and charming bars, churches, and markets, it is clear why Seville is a must-visit destination this year.

The famous siesta is real! After lunch, many shops, offices and restaurants close and don't open again until around 4. So have a big lunch - because dinner is going to be late! Dinner can start as late as 10pm and go for many hours - a great opportunity to socialise and practice your language skills.

Tipping here isn't expected, but is appreciated. Make sure you don't 'double tip' though - some restaurants will have a tip, service charge or gratiuity on the bill.

Thanks to its rich history and strong regional identities, Spanish isn't the only language spoken widely here. Barcelonian's speak Catalan, while those in Galicia speak Gallego and many residents in San Sebastian speak Basque. Many people in these regions do not consider themselves Spanish, so it is often sensitive and respectful to learn more local greetings.

While now around 80% of Spaniards identify as Catholic, Spain was under Moorish (North African Muslim) rule for over 800 years. This cultural heritage appears everywhere, with Arabic influences on the Spanish language, music and architecture.

Are you planning to zoom somewhere else on your holidays? Whether you're holidaying to experience the Chinese culture or sensational Singapore, we've got plenty of helpful advice on other popular travel destinations to check out. What are you waiting for? Zoom to it!

Got some curly questions in regards to your Spain travel insurance cover?
Be in the the know before you go with answers to the most common queries below.